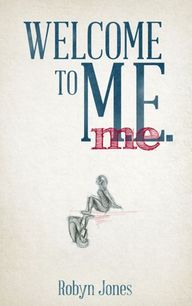 After a number of years spent writing, re-writing, and a little more re-writing, my book is now published and available to buy!

I began to write my experiences with the disease back in 2005, as a way of dealing with the past, and all that the illness Myalgic Encephalomyelitis has thrown at me, as well as those close to me. At that time the condition had forced me to end my University studies after only 18 months and I was struggling to come to terms with this. As I continued to write, more and more people kept asking about the disease - they knew someone with it, or had heard of it but didn't know much about it - was it just feeling a bit tired? It dawned on me that maybe my jottings could actually prove useful - providing a true and honest insight into the disease which, even today, is thought by some to not even exist.

It details the past 20 plus years of living with M.E. (otherwise known as CFS). As a child, I was not able to tell people how I was feeling - partly due to not having the energy or feeling too ill, partly because I was so ashamed of being how I was and wanted to be well - like everyone else.

As I finished my past, I continued to write, documenting what the disease was like for me 'behind closed doors' so to speak. I can usually smile over the nausea, stand through the stomach cramps when in company, force myself through until I get to the safely net of home or somewhere quiet. I never want to make a fuss, I never want to stand out, especially when standing out as the ill person, and although this behaviour may lead some to believe it is not as bad as it is - I always look well when in their company - my words hopefully dispel such thoughts.
I am still firmly in the M.E's shadow today - hence sometimes you will have posts consisting of more photos than words, or the posts are a little erratic, or the English leaves something to be desired... I didn't want the blog to be mostly about it though, as it's quite nice not to write about it all the time now I have finished the book!

Ah yes, back to the book!

'Welcome to ME'  by Robyn Jones is listed on Amazon around the world - click your country below and you'll be taken to my book in that country's store, there you can read the first pages and get a feel for my writing and my story. Don't worry if you don't have a kindle, as you'll see the kindle software is available in many forms!
Thank you.

Rx
Note: Clicking the links will open the Amazon Store in a new window

I am working on some - watch this space!